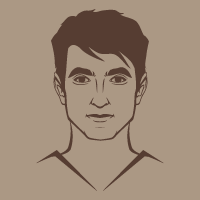 Tungsten: The Epitome Of Elements

Tungsten's tough. No, really tough. It's the heaviest usable element known to man, crazy dense and so durable that attempts to melt it fall short. You'd have to get the fire up to 6,191.6 degrees Fahrenheit just to singe it. Titanium and platinum are the only elemental metals that come close to tungsten's melting point. Carbon, a non-metal, is the only element with a higher melting point than tungsten. Together, they make a compound tougher than steel. Even the military uses tungsten for armaments such as bullets, armor and missiles. Tungsten is not malleable or easily cut, although pure tungsten is quite brittle. So manufacturers use diamond tools to shape tungsten carbide into products like drill bits and other heavy-duty industrial equipment.

What Else Is Tungsten Used For?

Tungsten, also known as wolfram, has been around for over 300 years. It was once used by Chinese porcelain makers to make a peach pigment, but now is supplied in these basic four forms:

This versatile element that sits at the number 74 slot on the periodic table with a big "W" in the box is tough, resistant to corrosion, dense and durable--and most desirable in the global marketplace.

Where Do You Find Tungsten?

The United States currently mines tungsten concentrates only in Utah, although there are seven companies that process the element in one of its basic forms. Several countries like Russia, Britain, Spain, Zimbabwe and Vietnam mine tungsten, but China controls about 80 percent of the world's tungsten resources, reserves and deposits. So where can other countries get the tungsten that may not be easily accessed in some countries? Recycling tungsten scrap is a viable alternative as the ratio of raw tungsten to other ore is usually high enough to warrant the expense. A conservative estimate of 35 to 40 percent of the world recycles tungsten scrap, making it a very valuable resource geographically and economically.

Tungsten in all its incarnations will likely continue to be one of the world's most sought after commodities. After all, it's a heavy metal that won't likely cause an economic meltdown.